Infographic: What Would Fit Into The Independent in Austin? 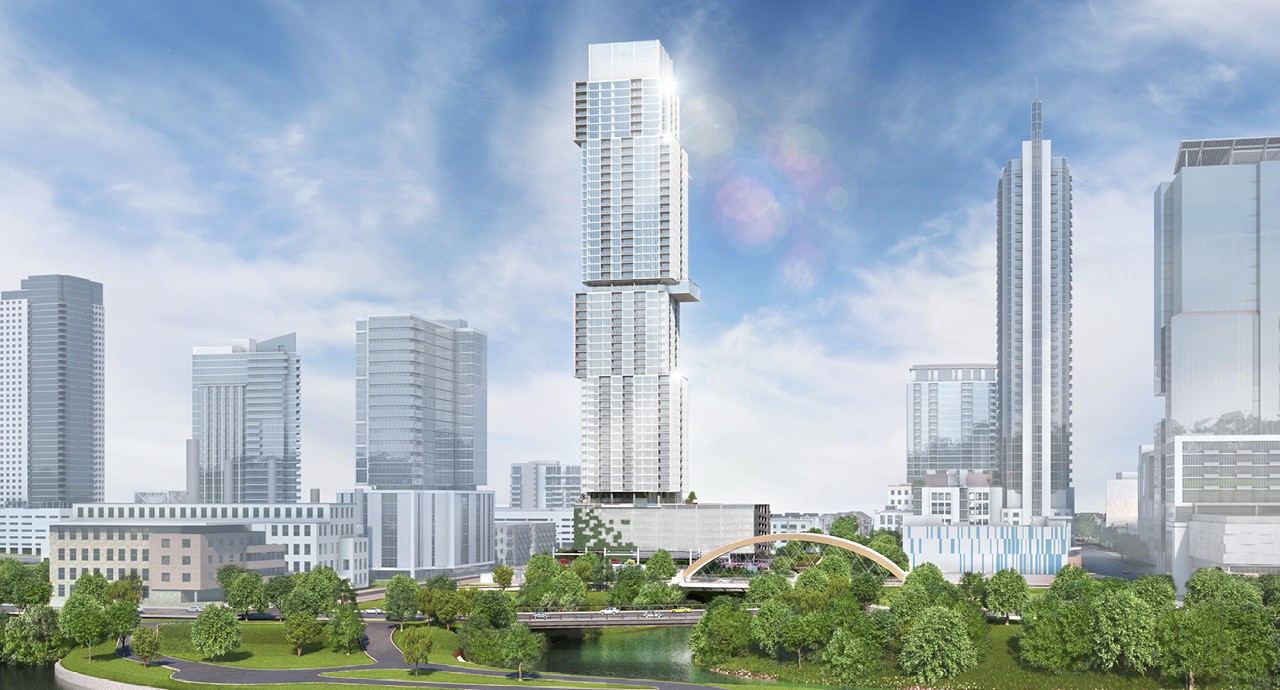 At 58 stories and 685 feet tall, The Independent residential skyscraper – known as the “Jenga tower” for its style reminiscent of the block-stacking game – is on track to eclipse the current titleholder of the tallest building in Austin. The Austonian, a residential tower that opened in 2010, stands 56 stories and 683 feet tall.

Groundbreaking for The Independent is scheduled for January 2016, with completion set for late 2018.

“We intend to build a tower that’s truly reflective – in its name, architecture, finishes, views, location and amenities – of Austin,” says Greg Henry, founder and CEO of Aspen Heights, one of the developers of The Independent.

The more than $300 million tower will measure 950,000 square feet, the same size as the Staples Center in Los Angeles, CA.

Given the gargantuan proportions of The Independent, we set about figuring out which other structures, such as the Texas Capitol and Franklin Barbecue, would fit into the Jenga tower. It was a tall order, but we managed to get it done. In this infographic, we show you the results of our research.

If you’re an Austinite looking for lawn service, check out our Austin lawn care page to see how easy it is to schedule service for your home.

LawnStarter makes lawn care easy for homeowners in the Austin area. Click your location below to see service offerings in your area.