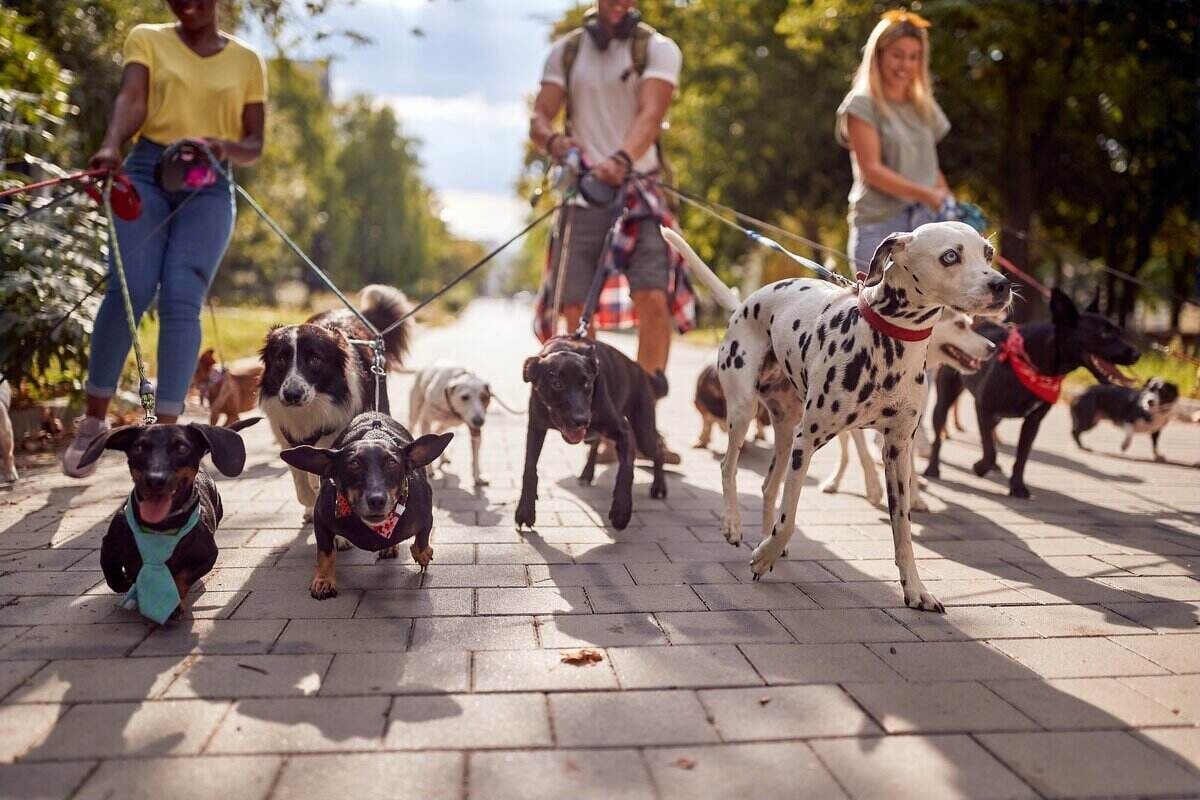 Walking your dog can give both of you a new leash on life, at least until the sidewalks end or where cars pose a hazard.

So, which cities offer the most ideal environment for roving with Spot?

We compared over 170 of the biggest U.S. cities based on their walkability, pup-friendly trail access, services, and safety.

Find out how your city stacks pup below, followed by some highlights and lowlights.

For the best walk with Fido, follow the sun. Seven of our top 10 cities are located in the West. Portland, Oregon, leads the pack, followed by other big Western cities like San Francisco (No. 2), Las Vegas, (No. 4), and Los Angeles (No. 6).

Offering easy access to dog parks, dog-friendly trails, and businesses, these metro hubs are designed for both two- and four-legged community members to get around on foot.

Back of the Pack

Nearly all of the cities at the bottom of our ranking are in the South. Jackson, Mississippi, finished last, while cities like Port St. Lucie, Florida (No. 172), Memphis, Tennessee (No. 170), and Montgomery, Alabama (No. 169), managed to pull ahead slightly.

These warmer cities simply aren’t built with our furry friends in mind — they’re neither the most walkable nor the most accessible to dogs.

One trend has us scratching our heads and wagging our tails at the same time: Macon, Georgia, and Fayetteville, North Carolina, both landed in the bottom 10 overall but 60th and 25th, respectively, in Services.

If these two cities are relatively bad for pedestrians and pups, why the proliferation of dog walking professionals? The reason is unclear, but the pros in these two standout performers obviously know where all the best secret dog walking places are hidden.

In Macon, check out Macon Dog Park, a fully-fenced city block that hosts a monthly “Yappy Hour.” If you live in or close to Downtown Fayetteville, saunter on over with Spot to the city’s oldest brewery, Huske Hardware, and enjoy a pint in the pet-friendly patio.

Keeping both pup and self safe should always be a dog walker’s top priority. That’s easier to do in certain cities than in others.

You and Spot are likely to feel most at ease in cities like Winston-Salem, North Carolina; Port St. Lucie, Florida; and Frisco, Texas, which claimed the first three spots in Safety.

But take precautions if you live in such cities as Fort Lauderdale, Florida; Albuquerque, New Mexico; and Tucson, Arizona, which landed at the bottom of this category.

And be especially vigilant if you own a high-value breed, as we learned in 2021, when Lady Gaga’s dog walker was shot and her French bulldogs kidnapped.

Leave It to the Pros

No time or energy to walk your dog? No problem if you live in cities where dog walking services are a dime a dozen.

Cities like Springfield, Missouri, and Clarksville, Tennessee, hit the sweet spot between abundant dog walkers and affordability. These cities came in at Nos. 3 and 4, respectively, in Services.

Florida cities, such as Orlando, Miami, and Fort Lauderdale (our No. 2 Best City for Dog Lovers), also scored high in the Services category. They offer the best access to pros — but at steeper prices.

We ranked 174 of the biggest U.S. cities from most (No. 1) to worst (No. 174) based on their overall scores (out of 100 possible points), averaged across all the weighted metrics listed below.

Note: Only 97 of the 174 cities ranked in our previous study of the Best Dog Park Cities and received scores for this metric. The remaining 77 cities were neither rewarded nor penalized for lack of data; these cities were scored only on the metrics for which data were available.

Some examples of cities that were not ranked for the Best Dog Park Cities metric include Honolulu, Hawaii; Rochester, New York; and Salt Lake City, Utah, which lacked data for dog parks but are nonetheless good cities for dog walking.