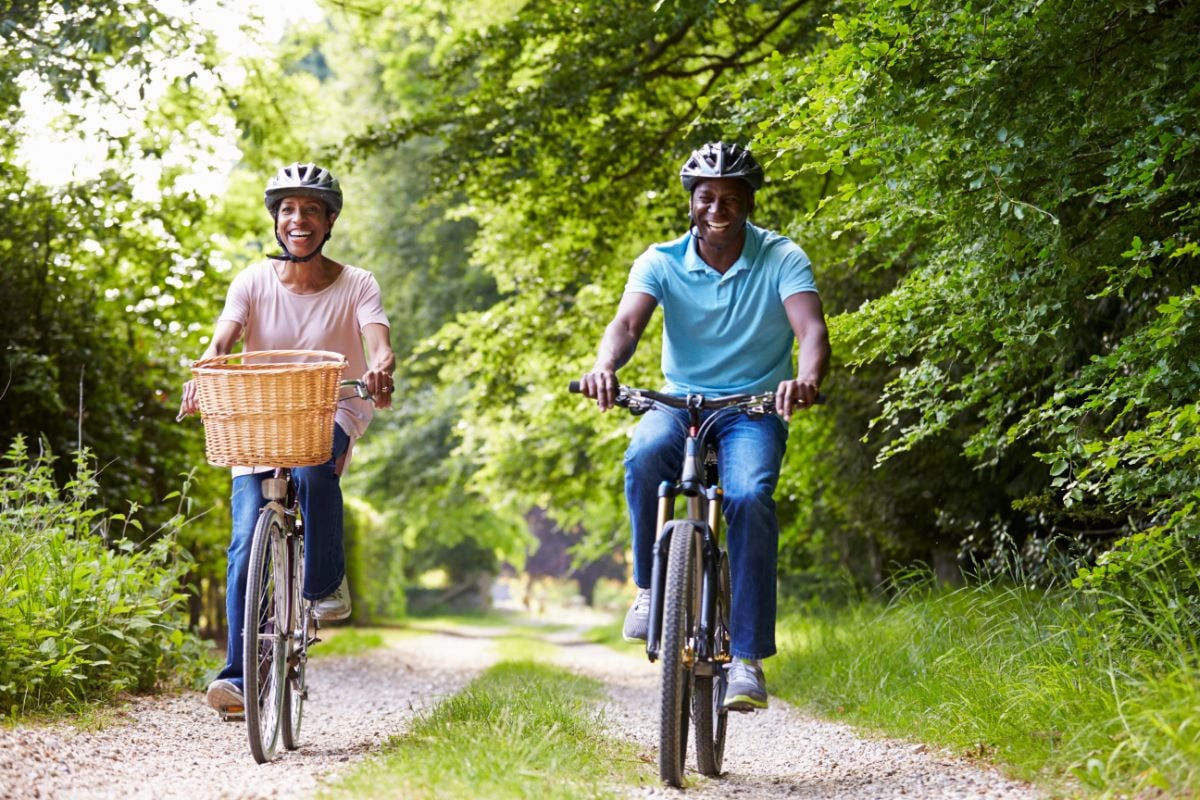 For some Americans, pedaling is a way of life. These people prefer to get around on two wheels over walking or driving.

But which U.S. cities are most ideal for avid cyclists?

We compared the 200 biggest U.S. cities based on 24 key indicators of a cyclist-friendly lifestyle, such as access to bike lanes and bike rentals, the share of bike commuters, the presence of cycling clubs, and the number of bike races and tours.

Check out our ranking of the best and worst cities for two-wheelers below, followed by some highlights, lowlights, and expert tips.

The bigger the city the better it rides on our list. Here’s why: Large metros need to invest in good biking infrastructure to support high population density. That’s reflected in our top biking cities, such as San Francisco, Denver, Minneapolis, and New York: Each claimed one of the best spots in our “Access” category.

Eugene, Oregon, is the exception. Although smaller than the other nine cities in our top 10, Eugene managed to get ahead because cycling is clearly a lifestyle: The city ranked No. 3 in Access, No. 5 in Community, and No. 8 in Safety.

Let’s connect the big-city dots: If you have the endurance, the gear, and the time, you can recreate your own version of the ultra-distance Race Across America (RAAM) by hitting up every city in our top 10. Or race in the actual RAAM event, which historically begins in Oceanside, California, and ends in Annapolis, Maryland.

For the second year in a row, the The Golden City is also our gold medalist.

You might wonder why a city defined by its steep hills could be the best city for avid cyclists, but it’s those challenging inclines that help bikers develop strong endurance — and legs. That and San Francisco simply has a lot going for it: The city coasted through just about every category but owes its win particularly to Access and Climate.

San Francisco swept four out of six Access metrics, and among our best 10 cycling cities, only the Golden City managed to rank in the top 25% in Climate. Weather matters when you’re out in bike shorts — that’s how otherwise great biking cities lost the race again to San Francisco in our ranking.

It’s little shock, then, why San Francisco is home to one of the largest cycling communities.

Pulling the Brakes on the South

While no single region dominated the top of our ranking, the South and Southwest claimed much of the bottom spots. In fact, the last 10 places are all occupied by cities from these two regions.

That’s no surprise: Biking requires a lot of outdoor time, which isn’t as easy in places like our worst city overall, Baton Rouge, Louisiana, No. 157 for extremely hot days and No. 189 for annual rain. Warm and wet don’t mix well with cycling.

It also makes sense that many of these cities, such as Montgomery, Alabama, and Jackson, Mississippi, have few bike trails and bike commuters. Why invest in the infrastructure if the climate can’t match it? But don’t let that stop you — if you love cycling enough to hit that wet pavement when the air is thick as soup, ride on.

The pandemic fueled a bike boom. Two years in, bike buyers are still running into a dead end across many parts of the world — not just in the U.S. — as bike suppliers grapple with supply-chain delays.

We turned to a panel of cycling experts for tips on finding bikes and riding for the first time. See what they had to say below. 1. What are the top three benefits of cycling?

2. What are some alternative places to find bikes amid the current national bike shortage?

Bicycle shops’ inventory may be slow to recover as production catches up, but individuals may be able to still find a good bike on local buy-sell-trade sites as some individuals may have upgraded their bicycle during the pandemic and now have a bicycle to sell that still has some usefulness. There may be some great deals available.

3. What are your three best tips for first-time cyclists?

My best advice about cycling is to first find a bike that fits your body and the type of surfaces you will most likely be riding on. Bicycles vary greatly with the construction of the frame, the type of tires, and the components (gears, brakes, etc).

While your local bicycle shop is your best resource, there are articles online about how to get a general idea of what frame size you need and how to choose the type of bike that will be best for your riding conditions.

Second, find people to ride with. It is not only safer, but you also can learn about cycling a lot faster, including basic bicycle maintenance. Many bicycle shops have group rides for people of varying abilities.

Third, invest in proper cycling shorts. You will be a lot more comfortable and enjoy your rides much more.

1. What are the top three benefits of cycling?

2. What are some alternative places to find bikes amid the current national bike shortage?

The shortage of new bicycles will probably continue for the next six to 12 months. However, there are still lots of places where bicycles are still available. There are several websites where used bicycles can be found that are sold by local sellers, including Craigslist, Facebook Marketplace, and Nextdoor.

Also, check local sporting goods and outdoor consignment stores. If you already have a bicycle that hasn’t been used in a few years, your local bicycle shop can tune it up for you and have it ready to go in just a couple of days.

3. What are your three best tips for first-time cyclists?

We ranked the 200 biggest U.S. cities from best (No. 1) to worst (No. 200) for biking based on their overall scores (out of 100 possible points), averaged across all of the weighted metrics listed below.

The global bike shortage might have slowed the pandemic-fueled bike boom, but there’s no shortage of exciting news in the cycling world:

But you don’t have to be a pro cycler to enjoy a ride out. Even if you’re a more casual or beginner bicyclist, there are many ways to enjoy — and benefits to reap from — pedaling on two wheels.

So, grab your helmet, and enjoy your ride this World Bicycle Day, June 3.