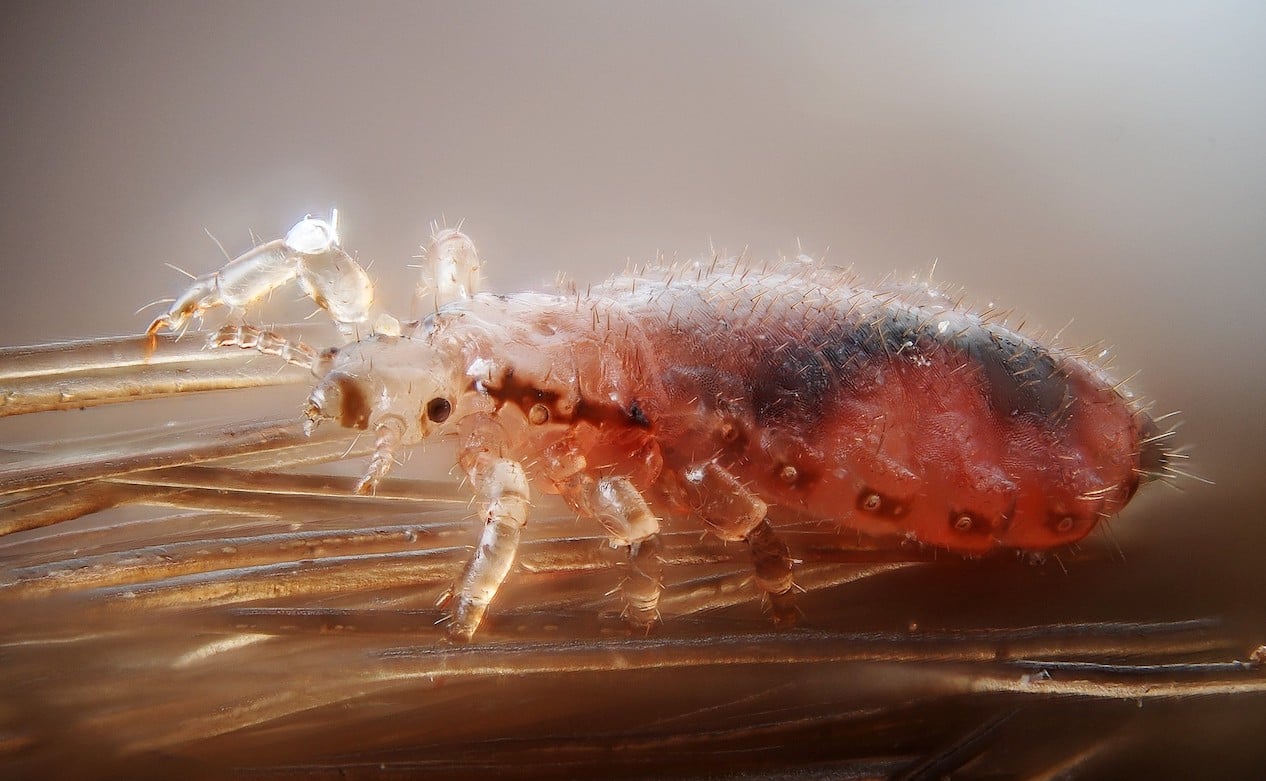 Few things are more repugnant than lice. Being infested with the tiny, blood-sucking insects is so disgusting that the term “lousy” has become a synonym for bad. But there are safe and effective ways to get rid of head lice.

Lice have been an unwanted companion to humans throughout history. Researchers have found lice combs in the tombs of ancient Egyptian royalty. Today, health officials estimate up to 12 million cases of head lice occur in the U.S. each year, largely among school-aged children. When an outbreak occurs, many schools — including shools in Orange County — have adopted a “no nit policy” that prevents children from coming back to school until the last nit is gone.

Entomologist Dr. Rebecca Baldwin with the UF/IFAS (University of Florida, Institute of Food and Agricultural Sciences), says the pests have a new way of spreading. “Doctors are seeing more cases in high school and college students because of selfies,” she said. Friends often put their heads together to snap a picture for social media, and the lice use the opportunity to jump from head to head.

The good news is that head lice do not spread disease. The bad news is that the bugs are growing resistant to the common insecticide used in over-the-counter treatments. Florida is one of the states where the “super lice” have taken over.

Lice can be treated successfully, but not like you’d treat for other lawn and home pests in Orlando.

What to Look For

A louse is a parasitic insect that feeds exclusively on humans and nests in hair. Of the three types – head, body, and pubic – the head louse is the most common. Adult lice are about the size of a sesame seed. Their natural color is gray or tan, but they can camouflage themselves to match the color of your hair.

“You usually find them mostly in the hair around the ears and the nape of the neck,” Dr. Baldwin said. Symptoms are itching caused by the “biting” and injection of a secretion into the skin.

You may also feel like something is moving around on your scalp. It is. Lice can neither jump nor fly, but they’re adept at crawling on your scalp, latching onto hair shafts with specialized claws.

Head lice are often misidentified. Dr. Baldwin pointed to a Harvard study showing lice were correctly identified only 40% of the time. This led teachers to unnecessarily send children home. “They were seeing dried hairspray, dandruff, or something else,” Dr. Baldwin said.

She points out lice can also be spotted through their feces. “They’re black and tiny – smaller than a grain of pepper.”

Safe, Effective Ways to Get Rid of Head Lice

Most home remedies involve things you find in the kitchen – everything from dousing your head in vinegar to suffocating the little beasts with mayonnaise.

“Most of this is just anecdotal evidence,” Dr. Baldwin says. There has been only limited research on the effectiveness of home remedies.

Most products you buy off the shelf at the drug store are insecticidal shampoos or lotions that contain similar sounding chemicals, one natural and one synthetic.

The natural product, crushed out of a type of chrysanthemum flower, are called pyrethrins. The extract of pyrethrin is called pyrethrum. Used by itself or mixed with other compounds, pyrethrum insecticide is effective and has relatively low toxicity. Their paralyzing power has been known for thousands of years — Napoleon’s troops used it to ward off lice and fleas.

Because the natural product is unstable in sunlight and breaks down quickly, a class of synthetic imitations was developed. They are called pyrethroids. Insecticides using pyrethroids include permethrin, cypermethrin, bifenthrin and deltamethrin. They are much longer-lasting and can produce side effects if instructions are not followed.

The U.S. Environmental Protection Agency is the middle of conducting a lengthy evaluation of the ecological and human health risks associated with both pyrethrins and pyrethroids. The public comment period closed in January 2020, with a new round of recommendations due out late in the year.

Dr. Baldwin advises following the product’s instructions carefully. “Don’t use more than instructed,” she said. “If it’s not working, rotate to a different product.”

It is pyrethrin and similar synthetic insecticides that the “super” lice are becoming resistant to. So if that is ineffective, try one of the other methods.

Doctor-prescribed medications contain insecticides ranging from malathion and benzyl alcohol to lindane and ivermectin. A University of Florida paper advises against using products containing malathion or lindane because of possible dangerous side effects. “There is some indication of neurological damage,” Dr. Baldwin said. If you use them, follow label instructions to the T.

Getting Rid of the Nits

Most eggs are going to survive the treatment you use to kill the bugs. “Removing eggs is vitally important,” Dr. Baldwin said. This means a thorough and tedious combing of the hair with a fine-toothed comb. This is where the word “nitpicking” comes from.

“Comb a section at a time,” Dr. Baldwin recommended. “It’s going to take a long time.” Many lice treatment products include special combs, and you can find them at stores and online.

Wash hats and other clothing in hot water after the treatment.

Lice are NOT the Result of Poor Hygiene

“They’re blood feeders. They don’t mind if you’re clean or dirty, “Dr. Baldwin said. Most lice infestations result from head-to-head contact between two people. The parasites can also be passed by hats or caps, bed linens, or by sharing combs and brushes.

Because lice can live about 24 hours away from a human, it’s important to clean or wash clothing, hats, and bed linens – anything that may come into contact with an infected person. Also, vacuum thoroughly.

Dr. Baldwin recommends the whole family be checked if one member has the bugs, but she also cautions against over-reaction. “There’s no need to spray down a child’s room with insecticides,” she said, noting any insects away from a human host will soon die.