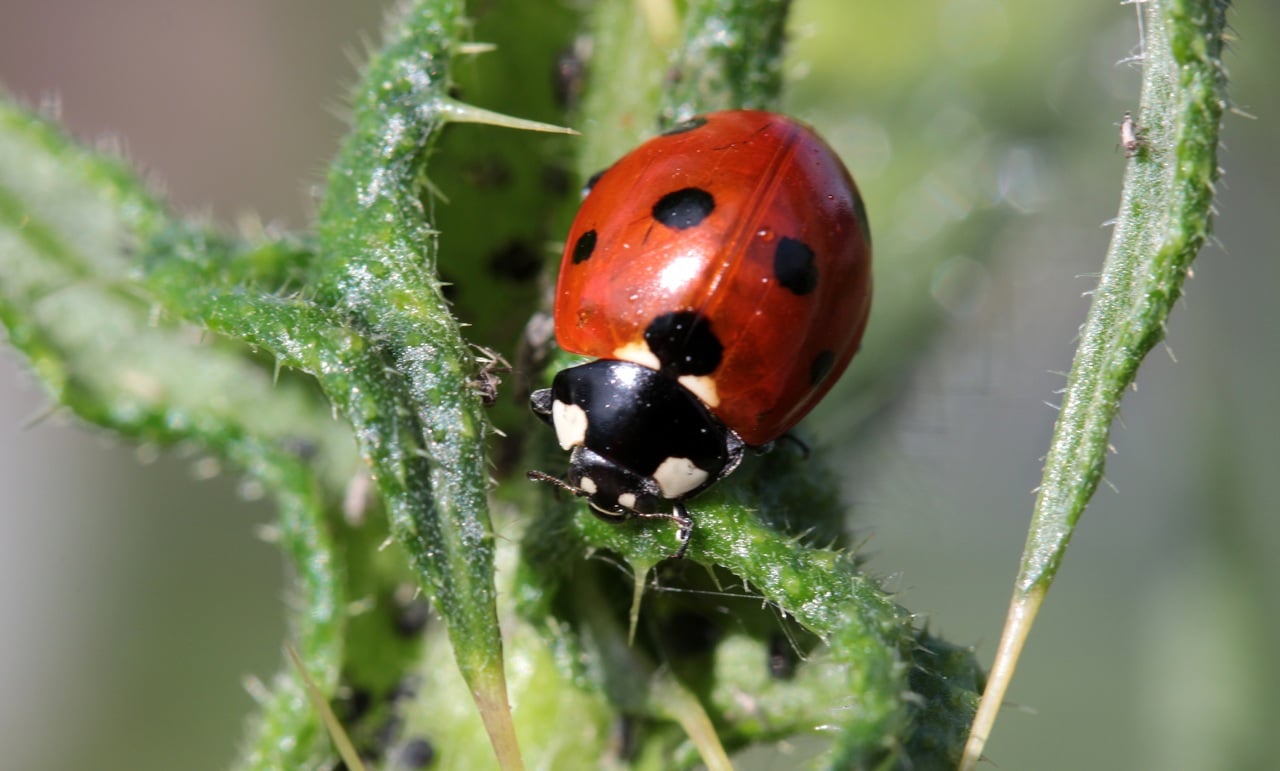 It’s said that nothing is certain but death and taxes. But if you have a yard and a home, you know pests are pretty certain too. Whether you’re dealing with an invasion of crazy ants or spiders, or your roses are under attack by bright green bugs, dangerous pesticides aren’t your only answer. There are several eco-friendly ways to attack your pest problem. Here are some of the first lines of defense when it comes to eco-friendly pest control in Washington, D.C.

Integrated pest management is a nontoxic — or least-toxic — way to get rid of bugs and other pests. It starts by getting rid of the places where pests hide or live and eliminating food sources.

The Environmental Protection Agency suggests you begin by identifying the pest causing your problem. Green aphids swarming your roses, or mosquitoes breeding in your garden are pretty obvious. Other signs that make you think “pest” can be misleading. For example, what may look like a plant disease may be, in fact, a sign of poor soil or lack of water, says the EPA’s “Citizen’s Guide to Pest Control and Pesticide Safety.” Knowing what you’re fighting is the first step to an eco-friendly pest control plan.

First, a word of warning: Natural and biological pesticides such as plant oils can trigger allergies in some people. Some of the more potent oils include garlic, chili, and mustard oils in a garden-friendly formulation. These are powerful plant oils, which can burn eyes or sicken pets.

University of Maryland horticulturist Miri Talabac warns, “Oils can be harmful to the plants, too, if used when the weather is too hot; when the weather is above about 85 degrees, no sprays other than water should be used as there is a risk of plant damage.”

The EPA categorizes these as minimum risk pesticides, which don’t need to be registered with the agency to be sold in the United States. Other minimum-risk pesticides include:

Talabac also recommends any of the biologically derived insecticides that contain insect-infecting fungi (Beauveria bassiana). “These are fairly targeted and have no side effects on noninsects.” These insecticides are tough to find and often limited to landscaping companies.

Some plants also repel insects. Keep in mind, they won’t kill the pests, but their scent really bugs some bugs.

Let the pest become the prey and enlist the help of natural predators to restore order to your yard. Beneficial insects such as ladybugs, praying mantises, or insect-attacking nematodes are nontoxic ways to control pests.

But not all predators kill all pests. Some feed on only one or a few species of bugs. For example, ladybugs love munching on aphids. Praying mantises are voracious predators that eat aphids, caterpillars, leafhoppers, and beetles. (They’re also super cool to look at, with their large, green, alien heads perched atop a long thin body.) And nematodes will kill the Japanese beetles that are destroying your tomato plants, as well as chinch bugs, grubs, and cutworms.

The most eco-friendly pest control method is physically removing the insects. “This can simply mean using a strong jet of water from a hose nozzle to knock off the aphids,” says Talabac, who is a horticulture consultant at the Home and Garden Information Center (HGIC) at the University of Maryland. She received her bachelor’s degree in biology with a concentration in entomology.

“Often, plants ‘recruit’ their own protection from beneficial insects, which will help reduce the population on their own. Many insects and other organisms (even birds) will prey on aphids.”

You can buy beneficial predators and parasites online. You can also get beneficial insects to counter any pests inside the house, too.

Diatomaceous earth is a nightmare for the insects that come across it. It’s made of the fossilized remains of single-celled algae that have cell walls of silica. When insects crawl across it, it absorbs the oily barrier that protects their exoskeleton, dehydrating them to death. Diatomaceous earth kills ants, beetles, slugs and many other pests. It’s labeled a low-risk pest control management tool, though breathing it can cause irritation, according to the National Pesticide Information Center.

To apply it, water your garden, and then spread the DE. You’ll want to wear gloves and a breathing mask for this chore. And since it’s nontoxic for humans and pets, you can use it in the house to kill roaches, ants, and bed bugs.

These eco-friendly pest control tools are just the start for the Washington, D.C., area homeowner. If your pest problems turn out to be more complicated, it may be time to call in the pros. But if you begin with these tips, you might find that your problem goes away, with little impact on the Earth, and in a way that won’t poison the pets and people in your home.