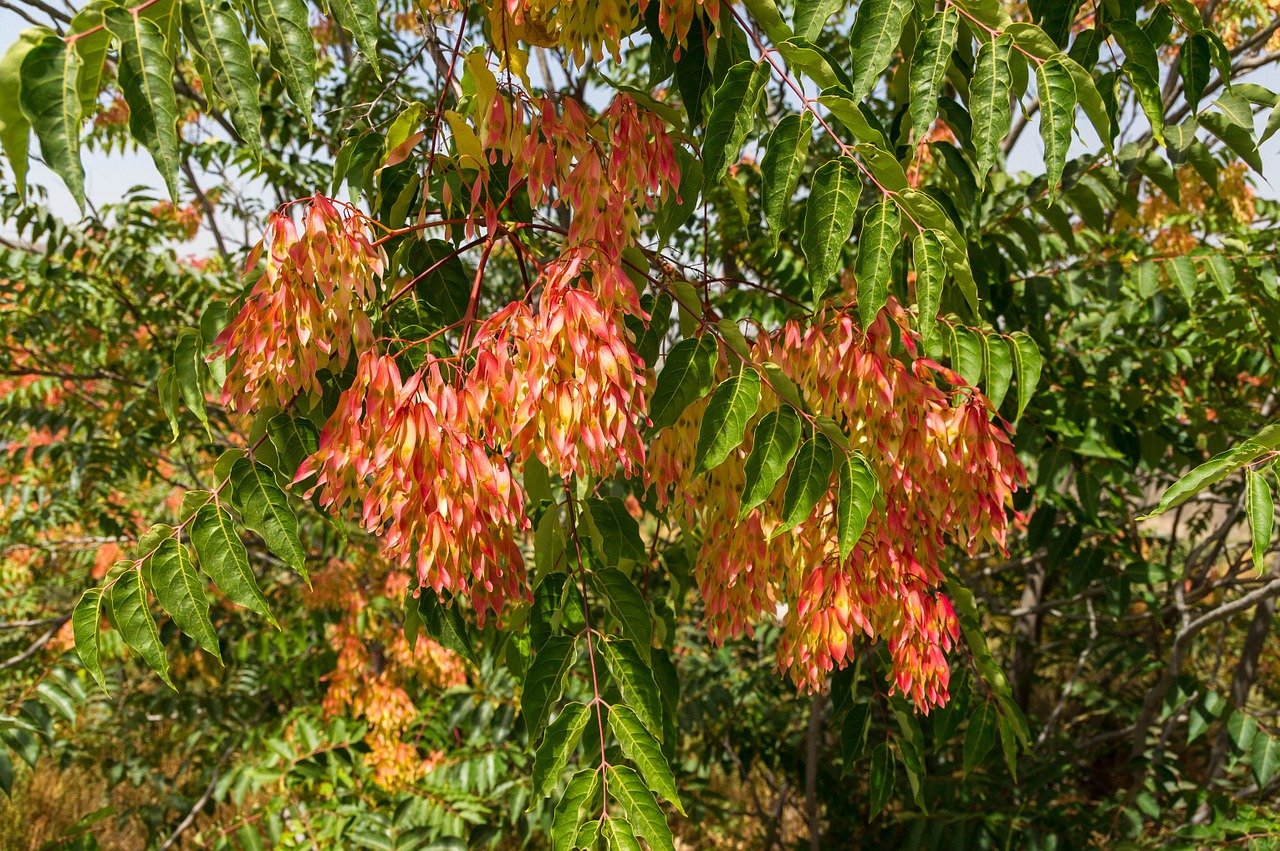 The Richmond area is lucky to have an abundance of amazing, native trees and experts to help care for them. The good trees far outweigh the worst trees to plant in Richmond.

These five trees are the absolute worst trees to plant in Richmond. Not because they don’t grow well — truthfully, some grow too well, which is why they made the list.

The tree of heaven (pictured above) is a misnomer. It’s an exotic, invasive tree native that was introduced to the Philadelphia area in the late 1700s from China and Taiwan. Over the past two centuries, it has made its way across the U.S. A number of states now worry about its aggressive nature. This foreign tree releases an allelopathic chemical found in its roots, leaves, and bark that prevents or kills plants growing nearby.

Don’t offer anyone in Richmond an olive branch, or an autumn olive tree for that matter. This fast-growing small tree, which some consider a shrub, has secured itself a solid spot on the USDA Invasive Species list. Autumn olive is native to East Asia and made its way to the United States in the 1830s as an ornamental woody plant to encourage wildlife habitat and control erosion. It is drought-tolerant and thrives in a variety of soil conditions. The tree has an amazing ability to fix its own nitrogen levels, allowing it to grow in rocky substrates that aren’t fertile enough to sustain plant growth.

A single plant can produce up to eight-pounds of fruit each season. Birds eat and disperse the fruit, aiding in the prolific reproduction of the autumn olive tree. It threatens native ecosystems by out-competing and displacing native plants.

This sneaky plant manages to find its way onto recommended planting lists with no mention of its invasive nature. Chinese privet was introduced into the U.S. in 1852 as an ornamental shrub in mass plantings. Little did those planters know, the plant is a fast grower and reproduces at an amazing rate through its seeds and root suckers.

You’ll find it in local nurseries and garden centers throughout the eastern U.S. in spite of the fact that botanists are trying to eradicate it. The plant is illegal to sell or plant in New Zealand because its pollen can cause asthma and eczema and the fruit is also toxic to humans. But no such law exists in the U.S.

We mentioned Siberian elm as one of the 5 Worst Trees to Plant in Denver, and we’re going to add it to this list as well. Another invasive species, it has many qualities that allow it to spread aggressively. The tree produces seeds in a small oval samara — a papery seed case with wings for improved dispersal. Because of this, it has a high germination rate, especially in disturbed areas such as transportation corridors and empty lots.

Another important reason to avoid planting it in Richmond is Siberian elms have very brittle branches and limbs that are prone to break in heavy wind storms. As this area is prone to strong winds, you’d be wise to avoid this tree and plant something that can better withstand winds.

The medium-sized water oak is famous for its easygoing nature and ease of care. It’s a native tree, but there are several reasons not to plant it in your Richmond backyard. Water oaks have a short life span compared to most other hardwoods, living only 30 to 50 years compared to the hundreds of years other trees can live. More importantly: The trees are weak-wooded making them very susceptible to wind and storm damage. Definitely not a good choice for a coastal state!