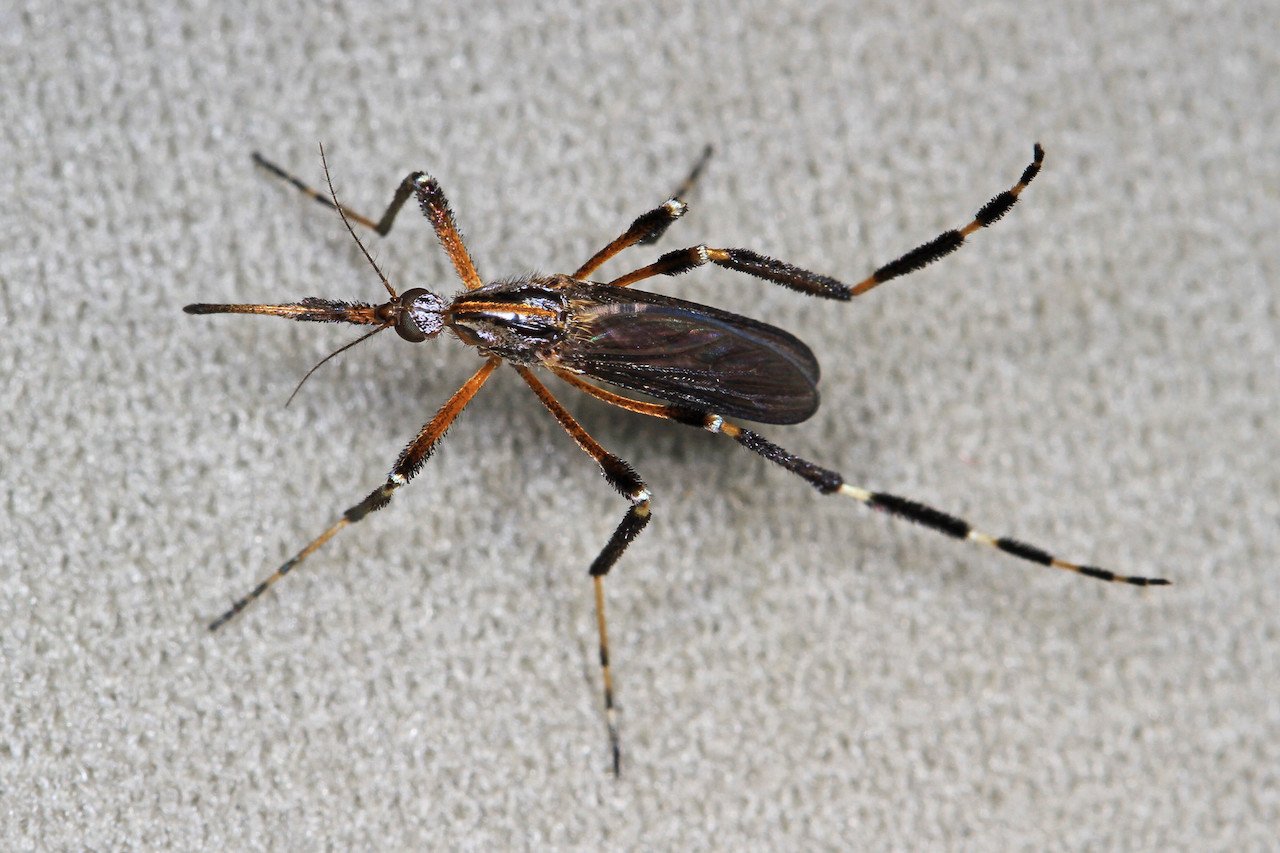 Ticks, fleas, houseflies, horse flies, mosquitoes — we all have a list of bugs we try and avoid. But what about those bugs you don’t recognize? Are there tiny monsters lurking out of sight in your yard and home just waiting to pounce? You betcha!

Here are six of the weirdest, wildest and scariest bugs that call Raleigh home.

These giant insects, locally called gallinippers, are the Godzillas of mosquitoes.

Charlotte-based Cramer Pest Control blames hurricane Florence for the onslaught. The dormant mosquito larvae hatched by the billions thanks to the floodwater in 2018. Gallinippers (pictured above) are a rare species, but you’ll know if you see one: They’re three times as large as typical mosquitoes.

They also pack quite a punch: They’re able to bite through two layers of clothing. The good news? They’re not known to carry any diseases that threaten humans.

Females lay thousands of eggs, though most will die. Those that don’t stay dormant for long periods, waiting for the next flood event.

The name almost sounds cute, but kissing bugs are anything but adorable. Also called triatomines, they got the nickname “kissing bugs” from their habit of biting around peoples’ eyes and lips while they sleep. The Centers for Disease Control warns these bloodsuckers can transmit Chagas, a disease once limited to South and Central America. When the kissing bug invaded the U.S., it brought Chagas with them.

Sometimes the disease doesn’t show up until 20 years after the bug has bitten. While the CDC estimates 300,000 people living with the disease are in the U.S., most were infected in parts of Latin America. Only a few cases from contact with the bugs in the U.S. have resulted in the disease. And the insects are so rare, homeowners around Raleigh shouldn’t lose any sleep over their virtually zero chance of contracting Chagas.

Thrips may be the most common bug you’ve never heard of, and you may have a hard time spotting them.

While small, they’re incredibly diverse, with more than 5,000 species worldwide. The ones you might find in your Raleigh backyard likely feed on plants, but some eat fungi or even kill and eat smaller arthropods.

‘Several of those species are serious pests for plants, either from their eating habits or from plant viruses they spread like the tomato spotted wilt virus,” Bertone writes.

The telephone pole beetle has a modern-sounding name, but it represents an ancient line of beetle that entomologists think has been around for more than 15 million years.

The insect looks like an ordinary brown beetle, but it has an incredibly weird and complicated life cycle. It can reproduce in the larval stage. Once they reach adulthood, they’re almost always female. Male telephone pole beetles only occur when a larva lays a single egg. That egg hatches and attaches itself to the mother, which it subsequently eats. Now that’s something fit for a science fiction flick.

As the name suggests, these small bugs resemble tiny scorpions, just without the scary, stinger-tipped tail. They do have the claws,  and many species transmit venom through those claws to debilitate their prey. They’re also anything but giant. Most are smaller than an eighth of an inch and don’t pose any threat to people.

They still have some scary traits, though. As Bertone notes, some tropical pseudoscorpions will hunt larger prey in packs as big as 175.

They have their romantic side, too, with a mating ritual that rivals those of the famous birds of paradise. First, the male and female dance, their claws interlocked, until the male lays a pack of sperm and the female dances over it. When she’s ready to give birth, she lays eggs inside a pouch and sometimes wraps herself in a silken nest.

These are less common than the green and brown lacewings you’ll see buzzing around your porch light, but beaded lacewings are still found throughout the state.

And it’s not their adult form that Bertone says is so fascinating, but their larval stage. Larval beaded lacewings only live in termite nests where they feed on the termite workers.  And they have a very unusual way of hunting. They use a potent toxin that is ejected from their anus that incapacitates any termite worker in range. Talk about silent but deadly! Then it’s a simple matter of wandering over to the unconscious termite and sucking it dry.

So next time you’re searching for the cause of your wilting hydrangeas or cleaning up those old rotten logs in the backyard, look a little closer for some of these fascinating monstrosities. You never know what could be lurking in your backyard!