At the University of Washington’s Husky Stadium, tailgating transforms into “sailgating.” The university is one of three schools in the U.S. (the others are the University of Tennessee and Baylor University) where you can arrive at the football stadium by boat.

On game day, Husky Harbor, which adjoins the University of Washington’s stadium, can accommodate as many as 150 boats. The ability to “sailgate” complements the game-day experience at Husky Stadium. Overlooking Lake Washington, the stadium affords killer views of downtown Seattle, Mount Rainier and the Olympic Mountains.

Imagine, then, capturing aerial video or photos of Husky Stadium in all of its game-day glory. Thanks to camera-equipped drones, it’s possible to nab those images, but colleges and the Federal Aviation Administration (FAA) frown on it. Nonetheless, we’ve crowned Husky Stadium the Most Drone-Worthy Stadium in College Football.

For the record, federal law prohibits drones from flying at or below 3,000 feet above the ground within a three-mile radius of any stadium with a seating capacity of at least 30,000 during an NCAA Division I football game. That law covers the period stretching from one hour before to one hour after the game. In other words, don’t expect to buzz your favorite college football stadium while fans are in the stands and players are on the field.

With the University of Washington’s Husky Stadium soaring above the rest, here’s our ranking of the Top 12 Drone-Worthy Stadiums in College Football.

Why: The aerials views are stunning. ’Nuff said. Why: The Rocky Mountains are right there! Why: “Some of the most breathtaking views at any college football stadium may be found at LaVell Edwards Stadium, with the Rocky Mountains surrounding the stadium,” the College Gridirons website says. 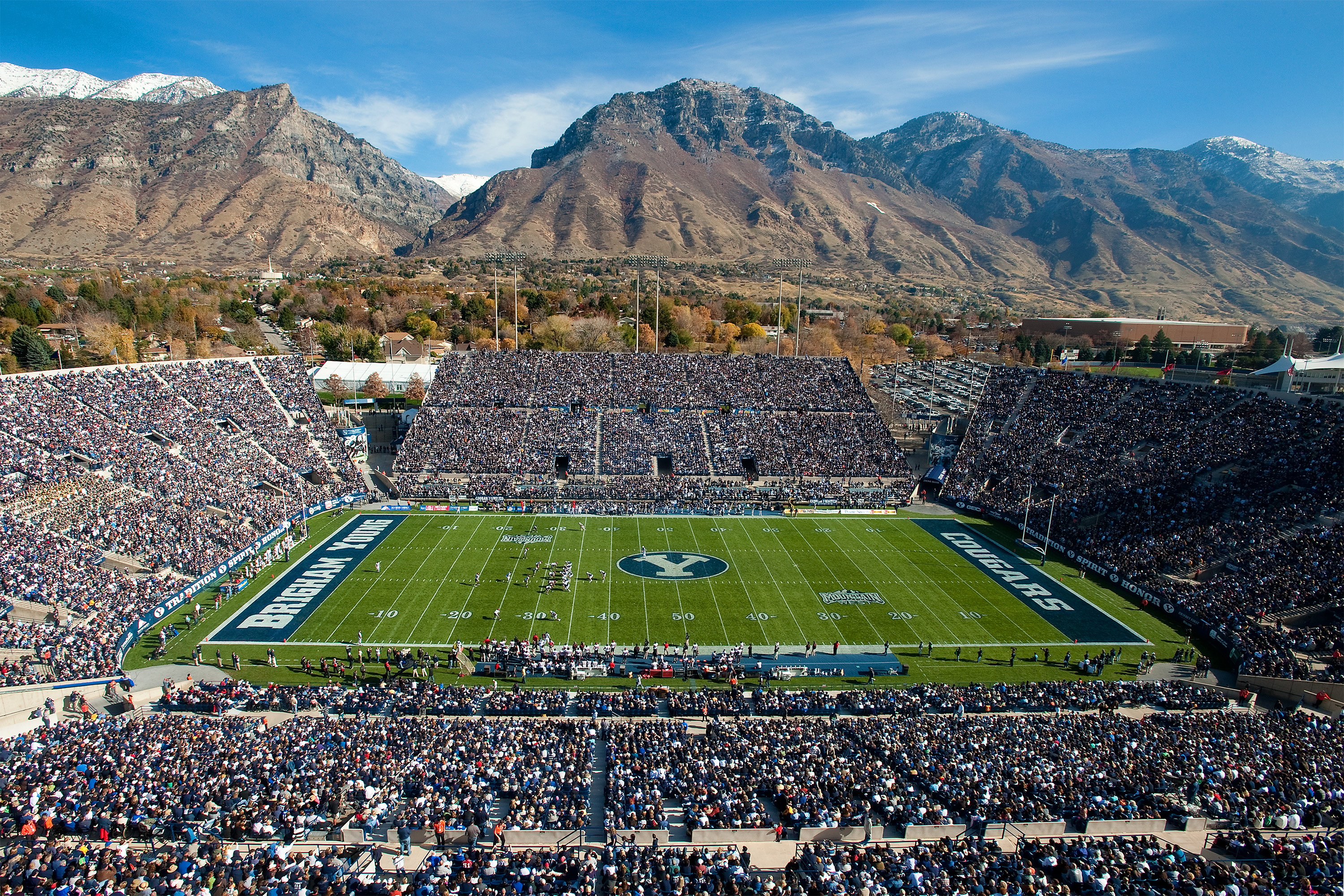 Why: The overhead game-day view of the largest college football stadium, with a seating capacity of 107,601, is really cool. Why: The Rose Bowl -- which hosts the oldest bowl game in college football, a game known as “The Granddaddy of Them All” -- is pretty grand in its own right.

Why: “Cozily nestled among Atlanta's skyscrapers, Bobby Dodd Stadium at Historic Grant Field is easily one of the nation’s most unique settings for college football,” the university says. Why: Making for a great skyline shot, the UT Tower and the Texas State Capitol, along with the skyscrapers of downtown Austin, stand near the stadium.

Why: Situated along the Tennessee River, this venue is home to Volunteer“sailgating” tradition, making for some awesome aerial shots. Why: The stadium sits in the shadow of the picturesque Wasatch Mountains.

Why: Like its counterpart in Salt Lake City, Maverik Stadium offers a stellar view of the mountains -- in this case, the Bear River Mountains. Why: McLane Stadium may be a newcomer to “sailgating,” but that doesn’t diminish the sight of dozens of boats in the Brazos River clustering near the venue on game days.

Why: “A” Mountain, also known as Tempe-Hayden Butte, looms over Sun Devil Stadium, serving as a university landmark.