Homeowners in the Kansas City, MO, metro area have lots of room to roam.

A LawnStarter analysis of new data from the U.S. Census Bureau shows that among 25 major metro areas, the Kansas City area boasts the biggest share of homes sitting on lots measuring at least 5 acres. According to our analysis, 7 percent of single-family homes in the Kansas City area are situated on lots that are 5 acres or more. By comparison, the figure for the Denver, CO, metro area is 3 percent.

The Census Bureau data comes from the 2015 American Housing Survey; results were released in January 2017. Another explanation for the Kansas City area’s large-acreage lots: The cost of living in the region is relatively low, Gray says, resulting in low construction costs and, therefore, larger home lots “at prices people can afford.” In the third quarter of 2016, the cost-of-living index for the Kansas City area was 94.1 -- below the national average of 100.

Finally, he says, “Kansas City may be one of the most rural big cities in the country, which would also lend itself to the area having a propensity for lots with large acreages.”

To see how the Kansas City area stacks up against other metro areas for home lots of 5 acres or more, check out the graphic below. To dig into details about home-lot acreage in Kansas City, MO, and other metro areas, hover over the bars on the bar chart.


Add me to your site! (copy the code below) Kansas City’s Killer Commutes: Which Residents Travel the Most to Get to Work? 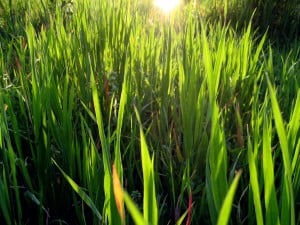