Mapped: How Big Is The Louisiana State University Campus? 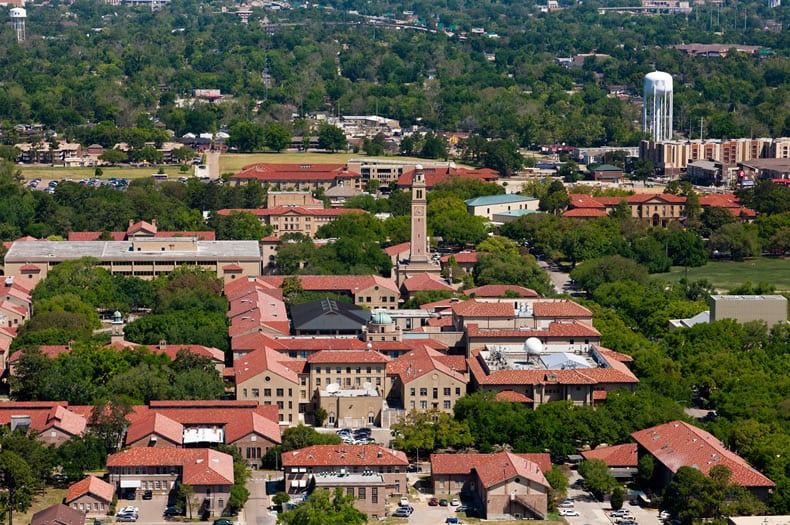 
LSU has had quite the round-about journey to its current location in the heart of Baton Rouge.

Originally called the Louisiana State Seminary of Learning and Military Academy, the school was originally located in Pineville, LA on 438 acres of land. After that campus burned to the ground, the school moved to Baton Rouge to operate in the State Institution for the Deaf, Dumb, and Blind. After 18 years, the school expanded to a 200-acre, former military post in Baton Rouge, which is now where the state capitol is located. It wasn't until the mid-1920s that LSU moved to it's current campus.

At 2,000 acres, LSU's campus is the 32nd largest in the nation and the largest in the state. LSU also has the state's largest enrollment, at over 45,000 students; approximately 32,000 of those attend the flagship campus in Baton Rouge.


To help you better visualize how big the LSU campus is, we used an online mapping tool called MAPfrappe. This tool enabled us to trace the boundaries of the Baton Rouge campus (bordered in blue) and then lay the campus map on top of various well-known spots, including some school in Tusaloosa.

On the maps below, you’ll see how LSU measures up to that school in Tusaloosa and other familiar places. At 14,600 acres, Manhattan could fit 7 LSU campuses. Though LSU is equivalent to about 2.4 Central Parks. Though LSU only has about 5% the land area of our nation's capital, LSU could cover 111 White Houses, 6.5 National Malls, or 12 National Zoos.


LSU vs. the Grand Canyon Though plenty of freshmen have a tough time getting around LSU, the Grand Canyon is far more difficult to navigate at 1.2 million acres. Though Donald Trump can claim Mar-a-Lago is 'yooge', it's puny compared to LSU's campus.


LSU vs. the Governor's Mansion Sitting on only 8 acres of land, the governor's mansion doesn't compare to the size of LSU's campus. Duck Dynasty patriarch Phil Robertson loves living off the land, but his duck hunting grounds in West Monroe don't even compare to the size of LSU. LSU is a drop in the bucket compared to Lake Pontchartrain. LSU's footprint is approximately 1% of that of New Orleans. LSU could easily contain the French Quarter with room to spare. LSU's size dominates that of Tulane.


LSU vs. University of Alabama LSU's campus is nearly twice the size of SEC rival University of Alabama, which has a footprint of only 1,026 acres. At 3,902 acres, the rural campus of the University of Mississippi is almost twice the size of LSU's campus.

LawnStarter is the easiest way to book lawn care in Baton Rouge.