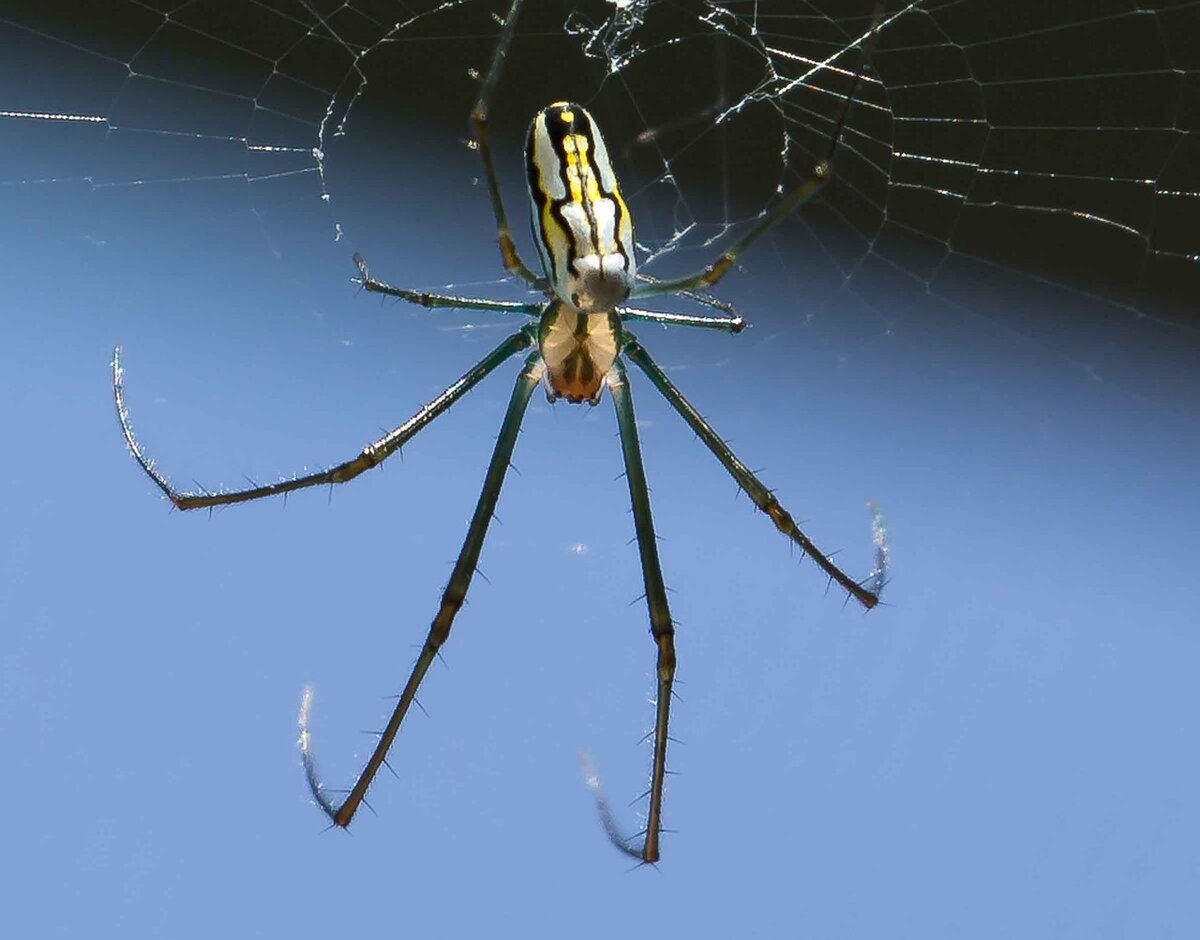 Not all spiders are bad. Just like Charlotte saved Wilbur, several harmless spiders can save your garden from insect pests. Instead of swatting away the spider webs this spring, learn why spiders are good for your garden.

But watch out! Some spiders can be dangerous – although the ones you have to worry about usually won’t take up residence in your garden. Along with explaining the benefits of garden spiders, we’ll highlight a few friendly and not-so-friendly species of spiders to help you identify them.

3 Benefits of Spiders in Your Garden

Many spiders are practically harmless to humans but deadly to the insects that torment you and your plants. These are the best things about spiders gobbling up all the other bugs in your yard:

Do mosquitoes bite you every time you step outside? Are your prize flowers covered in aphids? Good news: Spiders eat both mosquitoes and aphids. In fact, spiders will eat pretty much any insect they can catch. That includes other common garden pests like beetles, flies, wasps, moths, leafhoppers, leafminers, caterpillars, and spider mites.

Whether the pest sucks the life out of your plants or tries to bite or sting you, spiders can get rid of it. The more of these voracious predators you let live in your garden, the fewer pests you’ll find.

Most spiders have perfect timing. They start hunting in early spring, right at the beginning of the growing season and the same time most pests become active.

If eating your plants wasn’t enough, pests can also spread the fungi and bacteria that cause plant diseases such as powdery mildew and black spot. Plus, when your plants are weak from pest attacks, they’re more vulnerable to those diseases.

So, when your eight-legged garden helpers reduce the number of pests in your garden, they also reduce the odds that your plants will become diseased.

3. Reduce Chemical Use in Your Garden

Spiders are the organic gardener’s best friend. By preventing pest infestations and plant diseases, they take the place of harmful insecticides and fungicides. That means spiders are especially good for fruit and vegetable gardens where you don’t want to spray chemicals.

Drawbacks of Spiders in Your Garden

No, we don’t count your arachnophobia as a reason to get rid of spiders in your garden. Even though they look creepy-crawly, most spiders are nothing to be afraid of. Even the ones with toxic venom prefer to hide away and keep to themselves rather than attack (the brown recluse is called that for a reason).

Still, there’s a price to pay for letting spiders hang around your garden. These are the drawbacks:

Remember when we said spiders will eat anything they can catch? That includes pollinators and other beneficial insects such as bees, butterflies, and ladybugs. You may have to choose between a thriving pollinator population and your own personal army of pest-killing spiders.

Unless you’re the kind of person who likes year-round Halloween decorations, you’re probably not crazy about the idea of spider webs covering your plants or your lawn. In addition to making your yard look messy (or haunted), those webs can actually block your plants’ and grass’s access to sunlight if they get too thick.

The good news is that not all spiders spin webs. Hunting spiders – explained in depth in the next section – offer pest control with no silk strings attached.

3. Most Common Types of Spiders in Lawns and Gardens

There are around 3,000 species of spiders living in North America, and any one of them could conceivably find its way into your lawn or garden. But you’re more likely to encounter some types of spiders than others.

These are some of the most common spiders found in lawns and gardens, split into three categories based on how they catch their prey.

Orb-weavers are the spiders you’re probably most familiar with. They weave the classic spiraled, circular webs you see most often. These spiders lie in wait until the sticky strings of their webs catch insects for them.

You can expect to find these species of orb-weavers helping out in the garden:

Funnel-weaver spiders still spin webs, but they operate a little differently. Their webs form a kind of mat along the ground, a tree, or a bush. One end of the web (the “funnel”) is a retreat where the spider hides from unsuspecting prey. Their webs aren’t sticky, but to make up for it, funnel-weavers are very fast. As soon as an insect wanders into their web, they pounce.

Grass spiders (scientific name Agelenopsis spp.) are the most common funnel-weavers. They’re light brown with darker brown stripes, and they grow up to about 1 inch long. You can find grass spiders throughout North America. As their name suggests, they often live in tall grass, but they can also make themselves at home in trees or bushes. Grass spiders’ bites are harmless to humans.

Hunting spiders are the best at pest control because they don’t sit around waiting for prey to come to them. They travel through your grass and plants – anywhere they can find sufficient cover – and “hunt” down all kinds of insects. Since they’re always on the move, hunting spiders don’t weave webs that blemish your landscape.

These are some of the most common hunting spiders found in lawns and gardens:

Dangerous Spiders to Watch Out For

Spiders are just as scared of you as you are of them, and even the dangerous ones would prefer to avoid you. But if you step a little too close or brush up against their hiding place, spiders can feel threatened and attack.

So, if you suspect the spiders in your garden (or home) are the kind with toxic venom, it might be best to try and exterminate them, especially if you have kids or pets that tend to get into trouble. The pest control benefits aren’t worth risking your family’s health and safety.

Watch out for these spiders whose bites can potentially cause serious damage:

Despite common misconceptions, severe illness from spider bites, even brown recluse or black widow spiders, is rare. Extreme symptoms are most common in small children or elderly people. Symptoms may also be bad if you have an allergic reaction to the bite. Spider bites almost never result in death.

Another common misconception says that the hobo spider, common in the Pacific Northwest, is dangerous. But hobo spiders are no longer considered dangerous or toxic to humans.

How to Attract Spiders to Your Lawn and Garden

The best way to attract spiders is to give them lots of places to take shelter and build their webs. Insects in your yard already provide an ample food supply.

Some ways to provide shelter for spiders:

Whether you want to believe it or not, you’re never too far away from a spider. It’s pretty much guaranteed that there are already some living in your yard. But providing shelter makes your yard more hospitable and encourages your friendly neighborhood pest-killers to stick around and multiply.


Garden spiders – the yellow and black ones most commonly found in gardens – usually leave humans alone but may bite if you run into their web or otherwise provoke them. Even if they do, the bite won’t cause any more harm than a bee sting (unless you have an allergic reaction).

2. What should you do if a spider bites you?


Clean the bite with soap and water as you would any small wound. If it stings, itches, or swells, you can reduce these effects by applying a cold compress and elevating the affected area. Over-the-counter pain relievers (such as Tylenol) or antihistamines (such as Benadryl) can also help.

If the bite looks infected, or you develop more severe symptoms, seek help from a medical professional.

3. How do spider bites affect pets?


The effects of spider bites on cats and dogs are similar to their effects on humans. Potential symptoms include redness, swelling, muscle pain or cramping, tremors, vomiting, diarrhea, blistering, or pain in the abdomen.

Dogs and cats rarely die from spider bites, but animals with compromised immune systems may suffer kidney damage. Vets also say that if your pet eats a spider, it’s unlikely to cause any lasting issues. Still, if a spider bites your pet or your pet takes a bite out of a spider, monitor them closely for a few days and call the vet at the first sign of severe symptoms.

4. Do spiders help the ecosystem?


Yes, spiders are vital members of their local ecosystems because they help control insect populations. That’s not just good for your plants – it’s also a necessary part of the circle of life.

5. How do I get rid of spiders in my garden?


J. Jonah Jameson thinks Spider-Man is a menace even though he keeps the bad guys at bay. In case you’re of the same mind about actual arachnids, here are some steps to get rid of spiders if you find it absolutely necessary to do so:

— Control insects in other ways so spiders have nothing to eat. Use pesticides or eco-friendly integrated pest management strategies to reduce pest populations in your yard.

— Use spider repellents, which include scents such as peppermint, lemon, citronella, and rosemary.

— Keep plants neat and trim so spiders have fewer places to hide.

— Clean up litter such as fallen leaves, grass clippings, or mulch that may provide cover for spiders.

Keep in mind, it’s nigh impossible to get rid of all the spiders in your yard. But just like our tips for attracting spiders make your yard more hospitable for them, these tips make your yard less appealing so it’s less likely to attract eight-legged menaces.

Spiders aren’t the only creepy crawlies that are good for your garden. Many other bugs are beneficial, including:

These helpful bugs and others like them are why you should avoid pesticides at all costs. Most pesticides are indiscriminate, killing the good bugs with the bad. In the long run, this harms your lawn and garden more than getting rid of pests helps them.

When spiders aren’t enough to control your lawn and garden pests, call a pest control professional for further help.